There is a common understanding among all walks of conscious life: rules exist. Human-kind, through careful tailoring by social norms, have a set agreement about what those rules are and that agreement is put into a system of laws. The laws put boundaries on acceptable behavior. They protect and secure and sometimes oppress and restrict. But they exist and like everywhere else in the recognizable human experience, the breaking of those laws leads to detainment and incarceration. The universe of Tau Station is no different.

We are all that is left of humanity. Our laws matter.

Read on below about what we call “law and order” in our days, but what is a special experience in Tau Station. Try to avoid going to…the brig!

While traveling the many and vast stations, the best way to avoid detention and punishment is to observe the local Orwellian and Law Levels. A station’s Orwellian Level reflects how closely the station’s overseers watch the residents and visitors. Some stations have constant security feeds to observe every corner of the station: they watch, listen, compile, and study every move anyone makes at Orwellian Level 10. The scrutiny under which people function decreases as the level decreases. Likewise, at Law Level 10, the letter of the law is followed literally and closely with any infraction as cause for detainment. A simple, even accidental bump against a tourist in the docks can land an individual an assault charge. At Law level 10, leniency is not an option.

If the law is broken, the Brig awaits.

There are two main governing bodies to the cause of law and order in the Tau Station Universe. Consortium and the Gaule Protectorate. While the smaller movements of the Independents and the Free Booters exist, the station-to-station detention centers are owned by one of these two main governing presences. In Consortium space, stations employ station residents as the directors, wardens, and guards, while likewise Gaule brigs feature the same type of hierarchy with differing names: administrator, superintendent, inspector generals, security directors. The titles may change based on station location, but the fact remains: the station prisons are operated by the stations on which they’re located and the people who populate those stations. The culture of the station bleeds into the brig, sometimes literally.

The brigs are, at the best of times, the worst of places to find oneself. 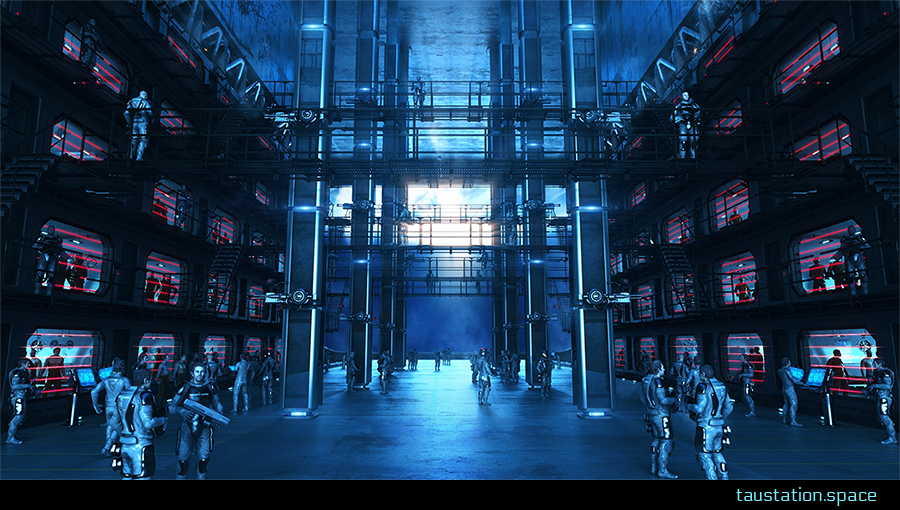 Station-based management opens a host of concerns that the two primary governments often overlook. Both Consortium and Gaule fix their preference to calm and order. As long as a station’s brig appears to function on a minimal level, the governments are willing to allow that functioning to continue. It is, after all, a massive distance from one end of any given system to the other; the most efficient implementation of the prison system is to have the stations see to day-to-day management, even if those managers are woefully vicious in practice. It is not unheard of for inmates to attack one-another, in fact, in some cases it’s the preferred course of action: wardens and administrators sometimes allow inmate-on-inmate violence within their institutions as an efficient means to an end. Additionally, guards on many stations are known to abuse the population in the already inhumane brigs. 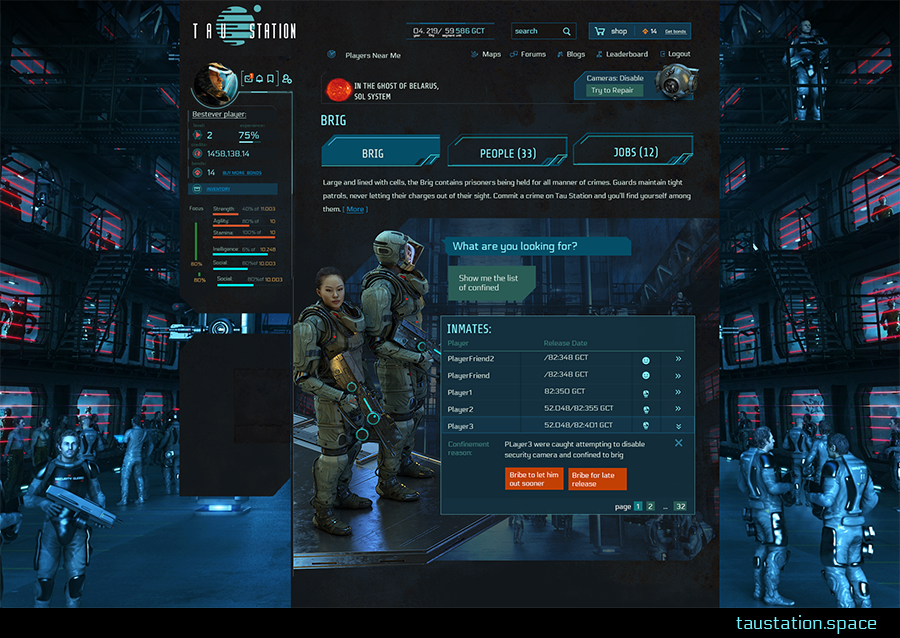 Even on the most calm and peaceful stations, the brig is not the place one would want to take up residence. Luckily, these corrupt officials are not above an offered bribe or the services of a good lawyer. If you have the cred, you may yet have your freedom. This is a fact that festers as an irritant to the poorer of the universe. The oppression is known, feared, and hated. It grows an undercurrent of unrest that may yet still be a mystery to the those governing bodies that permit merely ‘functioning’ as acceptable. 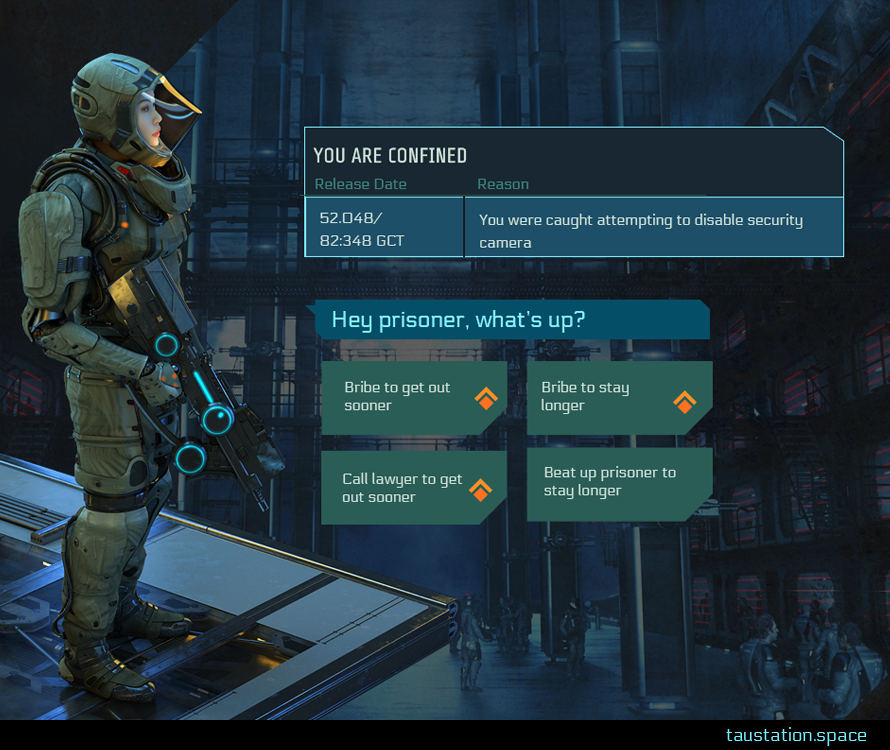 The brig system, be they locally known as the prison, penitentiary, jail, or correctional centre is a place to avoid. A rose by any other name still features thorns sharp enough to wound and scar. And scar deeply, the brigs do. In Sol System’s most unethical and inhumane facility, inmates have been known to starve to death, bleed to death, and freeze to death. The infamy around the brigs is the stuff of horror and dread. This is presumably for good reason: the stations don’t want to contend with crime and often feel that the inhospitable brigs serve as either a deterrent or apt punishment. In most places, at the breaking of most laws, compassion takes a backseat to control.